All About Fish Food

Source: Longer - Nut Processing Solution Provider
I would like to make a statement that neither can be considered superior compared to the other and your choice of whether to use floating or sinking pellets mainly depends on which type of fish species that you have. If you have bottom feeders like pleco and catfish, it would make perfect sense to give them sinking pellets while top and middle dwelling fish, it would be best if you provide them with floating pellets but those sinking pellets can also be considered as well. However, as I’ve said earlier, there are of course exceptions. 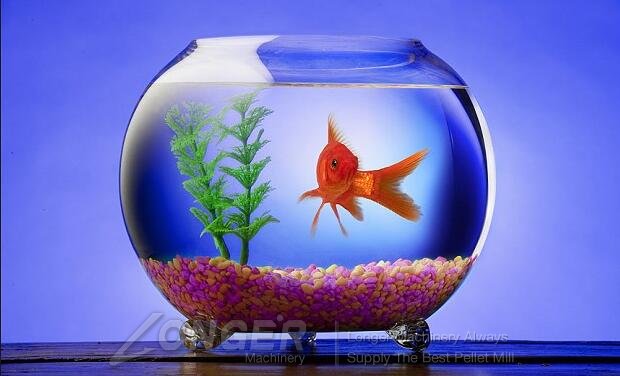 There are several reasons on why you shouldn’t use sinking type for your middle and top dweller community fish. Foods that remain at the bottom of the tank will often get lost and missed out by your fish and thus gone wasted. Sinking pellets will also pose a problem especially those tanks that have large sized gravels because once the food touches the bottom bed; it will disappear into the gap.
The foods that sink to the bottom will also most likely get sucked and trapped among the filter media and the condition gets worst especially if you have an un
dergravel filter system. Sinking foods that remain at the bottom of the tank will eventually rot and this will lead to proliferation of bacteria that may cause spreading of harmful fish disease.
When it comes to goldfish,there are some disagreements among experts as to whether floating or sinking pellets should be best fed to their fish. Peronally, it's better if you use a sinking type instead because goldfish being a greedy pet will usually dash and swim towards their food and during the commotion while grabbing the pellets, they will end up sucking air into their stomach as they gulp their meal.

Is there a chance that I get a fish feed pellet machine both can make floating and sinking fish feed pellets?
The anwser is yes. Single Screw Fish Pellet Machine manufactured by  Longer Machinery can produce different shapes fodder for fish, dog, cat etc. For fish, the fodder can be floating or sinking. With two models for selection,
LG40 with capacity 20-37 kgs per hour & LG52 with capacity 50-60 kgs per hour. Pellet diameter 1.2-6 mm.