The first food desgined for dog in the world 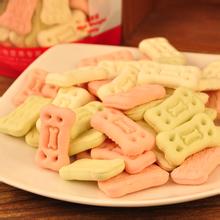 In 1860, Thre is a sales manager run the market to engage in sales in the UK with a lightning rod bags, this manafer is Spratt James, who is a Electrical Division of the United States. He made light of travelling a thousand li came to britain in the British street to engage in marketing, Trying to open up a market to become his lightning Kingdom, to becone electrical industry top 500. Just at this moment, he saw the dog eaten his biscuits. and the dog still loves to eat. Spratt James has a keen sense of market economy and decisive execution. He was inspired by such a trivial phenomenon, so he quickly brought flour, vegetables, meat and water, stir together. In this way, the first pet food which is specifically designed for dogs in the world came out.
After 62 years, in 1922, In America, Large quantities of industrialized pet canned food come to market, it is in great demand without advertisement. In 1957, the first puffed food for dog in the word came out, From then on, through the expanded process of pet food with its comprehensive balance of nutrition, feeding convenience, saving time and other absolute advantage to occupy the main status of pet food. Thirty years later, in 1987, in supermarkets of the United States the sales of dog food reached $2 billion 700 million, 2 million 640 thousand tons.
Howadays, expect for dog food, lots of pet food is still has big market,such as fish food, bird food, cat food and so on. Pet food made by Longer’s Pet Food Production Line covers the contents of moisture, protein, crude fat, crude ash, crude fiber, nitrogen free extract, minerals, trace elements, amino acids, vitamins and so on,Among them, the crude ash is non nutritive content, and the crude fiber has the function of stimulating the gastrointestinal peristalsis. Crude fiber has the role of stimulating gastrointestinal motility.so the products will have ample nutrition.