Source: Longer - Nut Processing Solution Provider
The use of peanuts dates to the Aztecs and Incas, and peanut paste may have been used by the Aztecs as a toothache remedy in the first century of the Common Era (CE).
Marcellus Gilmore Edson (1849 – 1940) of Montreal, Quebec (in Canada) was the first to patent peanut butter in 1884. Edson's cooled product had "a consistency like that of butter, lard, or ointment" according to his patent application which described a process of milling roasted peanuts until the peanuts reached "a fluid or semi-fluid state". He mixed sugar into the paste to harden its consistency. 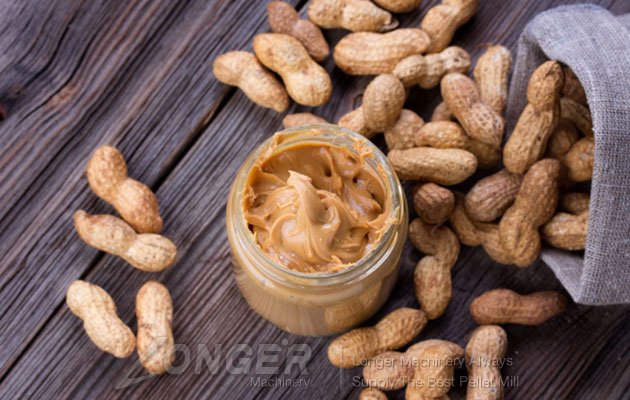 John Harvey Kellogg, known for his line of prepared breakfast cereals, was issued a patent for a "Process of Producing Alimentary Products" in 1898,  and used peanuts, although he boiled the peanuts rather than roasting them. Kellogg served peanut butter to the patients at his Battle Creek Sanitarium.
Early peanut-butter-making machines were developed by Joseph Lambert, who had worked at John Harvey Kellogg's Battle Creek Sanitarium, and Dr. Ambrose Straub who obtained a patent for a peanut-butter-making machine in 1903. In 1922, chemist Joseph Rosefield invented a process for making smooth peanut butter that kept the oil from separating by using partially hydrogenated oil, Rosefield licensed his invention to the company that created Peter Pan peanut butter, in 1928 and in 1932 he began producing his own peanut butter under the name Skippy".January 24 is National Peanut Butter Day in the United States.
A 2012 article stated that "China and India are the first and second largest producers, respectively", of peanuts. High yield is produced by advanced equipment. So,the Continuous Peanut Butter Production Line is a good choice for peanut butter manufacturers.Gelgoog’s peanut butter production line. This production line has the characteristics of compact structure, balanced operation, low noise, corrosion resistance, easy cleaning, convenient maintenance and so on. It is the most ideal equipment for wet grinding in China.