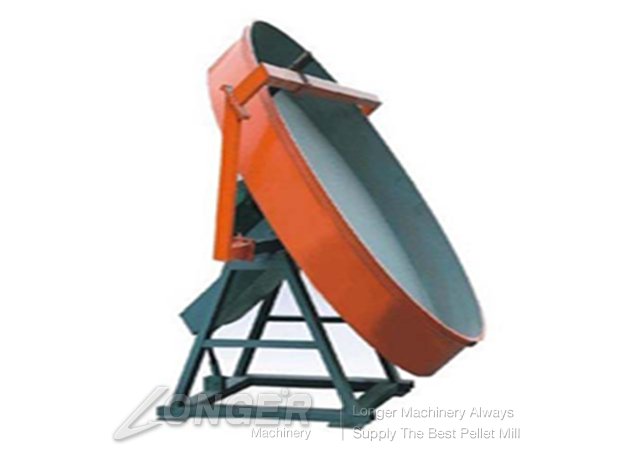 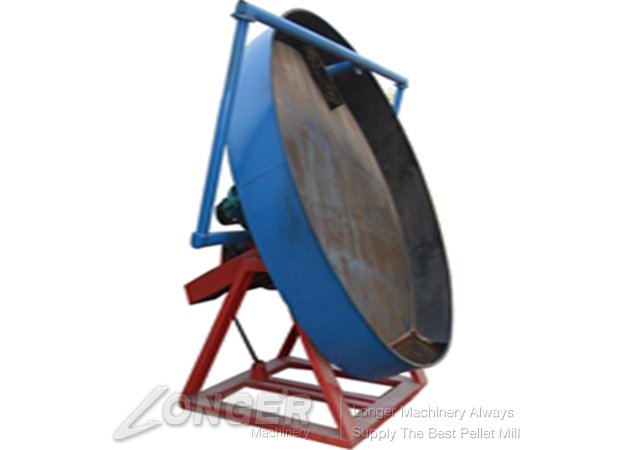 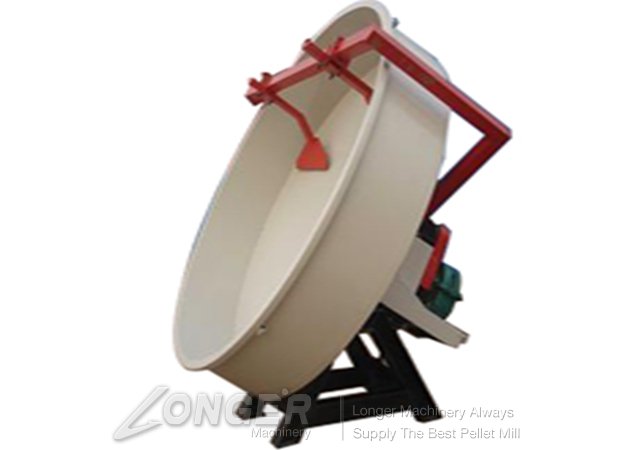 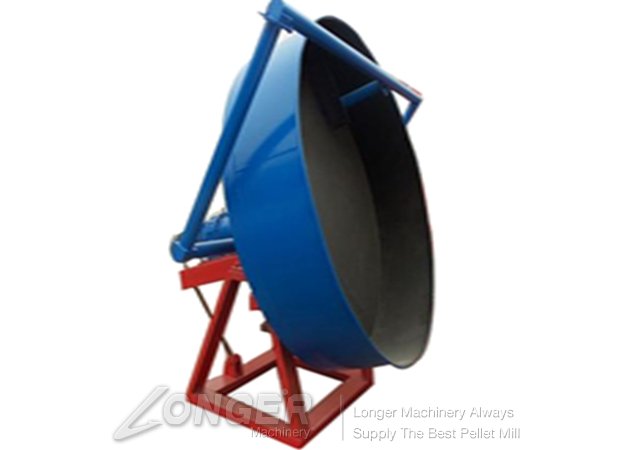 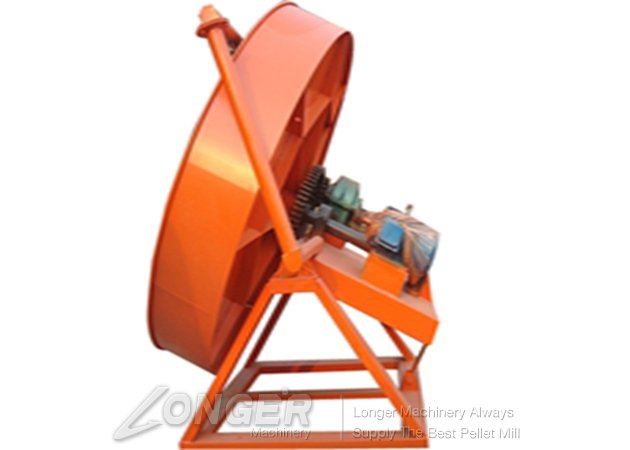 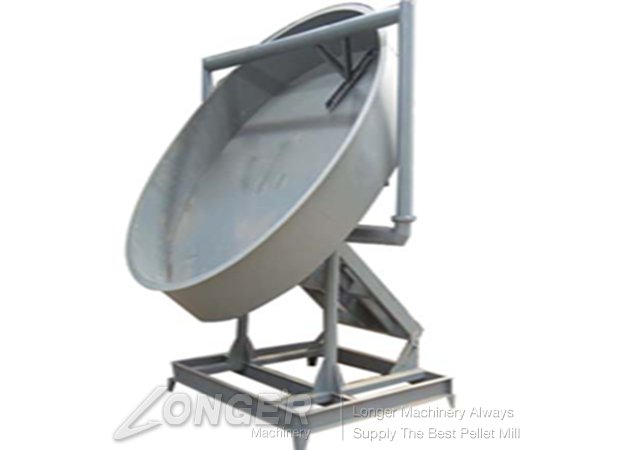 The disk granulator is suit for middle and small scale production,and disc granulator should be adjust into 40 °-55 °.
The motor reducer drive gear,thus put material in the proportion into disc.  It raised because of powder material and disc rotating,and down roll by the gravity function. In the role over several forces,the material in the disc formed into granule gradually until come to finished size,then overflow from the edge of disc.
This machine with the advantage of high ball rate, particle fruity, strength, anticorrosion, intuitive operation, convenient maintenance, etc.
Pan Disc Balling Machine is equipped with the ball made a major accessory products,whose principle is to install the ball into rack into a ball on a plate tilted a certain angle to select speed and steering rotation incoming water after mixing pre-formed.
The small ball of nuclear and wet powder,the material in the rotating into the ball tray by gravity,friction,adhesive force and the role of centrifugal force along a certain trajectory for rolling motion to form a cue ball,cue ball gradually increased to a certain value.
When both the disk automatically into the side of the ball is thrown,the ball is expected to be needed.Machine is made up with the main rotating transmission device,calibration devices,ball plate,scrapers,scraper blade gear,and planes,aircraft seat components such as the composition.