Source: Longer - Nut Processing Solution Provider
Peanut oil, also known as groundnut oil or arachis oil, is a mild-tasting vegetable oil derived from peanuts. The oil is available with a strong peanut flavor and aroma, analogous to sesame oil. It is often used in Chinese, South Asian and Southeast Asian cuisine, both for general cooking, and in the case of roasted oil, for added flavor. Peanut oil has a high smoke point relative to many other cooking oils, so is commonly used for frying foods.
According to the USDA data upon which the following table is based, 100 g of peanut oil contains 17.7 g of saturated fat, 48.3 g of monounsaturated fat, and 33.4 g of polyunsaturated fat.
P 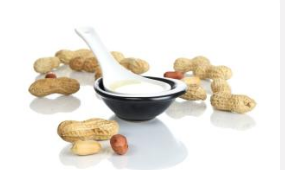 eanut can be produced by Automatic Oil Press Machine, When the machine running, the peanuts from the hopper drop into the chamber, the screw rotates to make the peanuts continuously push forward, and press. The blank press in the squeezing chamber is under the state of motion, under the pressure of the pressing chamber, a lot of friction resistance is produced between the peanut embryo and the pressing screw, the peanut embryo and the pressing chamber. In this way, the friction between the peanuts and the peanuts can be made, and the relative motion is caused, finally, the oil is squeezed out.
Peanut oil has many uses, as with other vegetable oils, can be used to make soap by the process of saponification. The oil is safe for use as a massage oil. Peanut researcher George Washington Carver marketed a peanut massage oil.
Biodiesel: At the 1900 Paris Exhibition, the Otto Company, at the request of the French Government, demonstrated that peanut oil could be used as a source of fuel for the diesel engine; this was one of the earliest demonstrations of biodiesel technology.
Suspension agent: Some medicines and vitamins use arachis oil as a suspension agent.